You are viewing all posts published for the month of April, 2016. If you still can't find what you are looking for, try searching using the form at the right upper corner of the page.

Congrats to the Figure 53 team on figuring out a way to get the QLab icon into a episode of Bob’s Burgers.

I was inspired after our last podcast with Sooner Routhier and had a look at some of the lights she is using. WOW. Strap in, play full screen and crank up the audio. You only need… 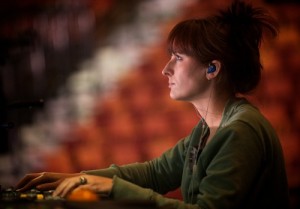 Sooner Routhier – Lighting Designer has worked with Rage Against the Machine, The All American Rejects, Rhianna, and Bon Jovi.  As a production designer, Sooner has created video, scenic, pyro, and lighting designs for many artists including Motley Crue, Disturbed and most recently, KISS.  In 2012 she had the privilege of designing the lighting for eight sold out Jay Z shows to open the Barclays Center in Brooklyn, NY.  More recently, she worked with Annerin Productions as a lighting and scenic designer for their production of the Australian Bee Gees.

Video of Aryton Lighting in Action

Nothing in life is to be feared, it is only to be understood. Now is the time to understand more, so that we may fear less.

Here is  another video tutorial on QLab video masking. This was requested by one of our users. You can see it here.