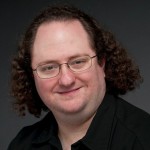 Andy C. Dolph is a projection, sound and lighting designer who works on a wide range of performances including concerts, theater and events. He performed his projections for Holst’s “The Planets” both in the US and Europe. Other projection designs for live classical music include Karl Jenkins’ “The Armed Man: A Mass For Peace”, Karl Jenkins “Gloria” and Dave Ervin’s “The Peace Requiem”, all with conductor Dave Ervin. The original design for The Armed Man was in Qlab 1 shortly after the capability for video was added. It was done entirely done on borrowed hardware, and was very much on the bleeding edge at the time requiring a fair amount of support from Figure 53. How much easier and more capable things are in Qlab 2 and 3! Andy has provided sound and projections for a wide variety of artists ranging from jazz musicians Branford Marsalis, Clark Terry and Ray Brown to organists Cameron Carpenter and Hector Olivera; he has also provided sound, lighting and projections for dignitaries such as Harvard paleontologist Stephen Jay Gould, both Presidents Bush and President Clinton. In addition to his freelance work, Andy serves as the Special Events Coordinator at the University of New Hampshire. He trained with Dr. John Bracewell and Dr. Peter Rothbart at Ithaca College in New York. 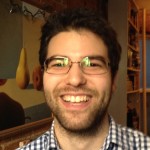 Joshua Langman is a theatrical lighting, sound, and projection designer based in New York and Pennsylvania. He has worked as a designer or assistant designer with Throughline Artists / 59E59, Ensemble Studio Theatre, IATI Theatre, The 52nd Street Project, the Jim Henson Foundation, the NFL, and more. He is a recent graduate from Sarah Lawrence College, where he studied theatre outreach and theatrical design. When Josh was a kid, he built a stage in his basement, featuring a manual twelve-channel dimming system built out of parts from Home Depot. Today, he continues to make art and play with technology and try not to grow up too much. He enjoys experimenting with show control technology, particularly in unexpected contexts, such as fine art galleries and the kitchen. A writeup of a recent design of his is featured on the Figure 53 site, and you can see more of his design work at jltheatricaldesign.com. As a QLab 3 beta tester, Josh suggested many features and design choices that made it into the software. Josh recently created the QLab 3 icon font for typing cue symbols in a prose context, because that is definitely something we all need to do every day. Josh is also a writer, director, theatre educator, and graphic designer. For more info, please see joshualangman.com. 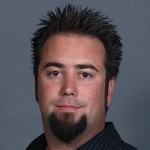 Dave Mickey is a sound, video, interactive, and lighting designer based in California. Dave has designed over 200 productions including Off-Broadway, International City Theatre, The Colony Theatre, The Rubicon Theatre, Laguna Playhouse, and South Coast Repertory. Upcoming projects include media design for LONESOME TRAVELER at 59E59 NYC, and BREATH & IMAGINATION at Virginia Stage Company. Some projects include MicePaceMaze at the Edinburgh Fringe Festival, the publication of 25 iOS apps, led a workshop on Interactive Theatre for the Scenofest at the PQ11 in Prague, and theme park show control (video) programming at Universal Studios Hollywood (2009/10). Dave recently won the 2014 NAACP Best Sound Design for BREATH & IMAGINATION at the Colony Theatre. Dave has been a Qlab user since 2006, has crashed Qlab many times, and was one of the winners of the Qlab 2007 Workspace Challenge for arming/disarming and devamps in V1. On the Qlab old blog http://figure53.com/blog/index.php?s=mickey. Dave holds an MFA from the California Institute of the Arts (CalArts) and is the Sound and Projection Design Professor for the Theatre and Dance Department at CSU Fullerton, Integrated Media Adjunct Professor for The Center for Integrated Media at CalArts. For more info on Dave please see davemickey.com and for Dave iOS apps please see https://itunes.apple.com/us/artist/mpg-interactive-arts/id317777617

Fun fact: “I mixed sound once for President Bill Clinton in 2000.” 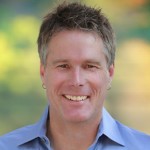 Mark Neisser: Creating new ways to delight and entertain his audiences is at the heart of Mark’s mission. His time is spent tinkering with all sorts of gadgets, midi devices, sensors and toys. He is constantly working on new ideas and tricks to add to his show. With an occasional success and many failures; Mark has spent his life nurturing and growing his show.

Mark also builds custom show control systems for theaters and schools. Making a system that anyone can use and program with no prior experience. You can reach Mark at Active Media Group.

Fun fact: “I did a show once for the OJ Simpson Jury.” 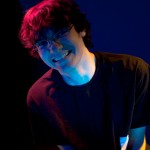 Currently, I’m studying Theatre Design and Production at Shenandoah Conservatory in Winchester, Virginia. Recent projects include lighting and video work for Wake The Dead and Trapple Blossom (popular EDM events on campus) and a QLab-based live video system for Rock The Bloom 2013.

Recents Quotes About the Podcast