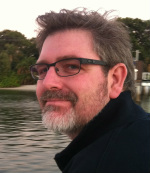 Technology is the campfire around which we tell our stories.

Comments have been closed.