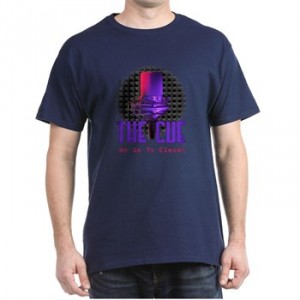 Congratulations to Claude Heinz – WINNER OF THE DMX USB Pro Manager Challenge and a FREE T-Shirt.

There is a driver conflict with OS X that needs to be taken care of for the D2XX driver to work (and this is required for pro manager). This is my script for disabling the Apple driver that conflicts. I have to run this every new version of OS X (which for me–I’m usually running a developer preview of the latest OS X–is anytime I want to use a DMX USB Pro because I probably have a new system version installed since the last time I used the widget)

The script removes the previously disabled driver from the last system version/time I ran the script. Then, it renames the conflicting driver so it effectively disables it. Finally, system extensions are cached and can persist even after a restart. So the script touches the extensions directory (marks it as changed) then it flushes the kext cache. This takes a while to run because of the cache flush. But when its done, the D2XX driver will work.

I save these commands in a shell script file called “AppleUSB_FTDI_Disable.sh”. But, you can type them individually into the terminal. If you’re not familiar with well scripts, the “#! /bin/bash” line tells the system how to run the rest of the file. You don’t type that if you are running the commands in the terminal. Fell free to share this with other listeners of “The Cue”